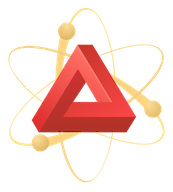 In this video I’m going to teach you how to play a tritone substitution. We all know how important the II-V-I chord progression is to jazz music. It’s used in thousands of jazz standards.

Now, it a beautiful sounding chord progression but sometimes in order to not sound so repetitious we need to find new ways to spice it up.

So, in today’s free jazz lesson I’m going to teach you guys one of the most common ways of substituting the II-V-I chord progression.  (video, and notation below)

To get started learning this awesome chord substitution I recommend you watch the video below first.

1. Here is a normal II-V-I (2-5-1) chord progression without the tritone substitution added in on the V chord.

To apply this chord substitution just substitute the V chord with another dominant chord a tritone away.

3. Here are the roman numerals for the tritone substitution. This should help you transpose  the chord progression to all 12 keys.

What Is Tritone Substitution?

For example, if you have a C7 chord you’d substitute it with a Gb7 chord. That’s because Gb is 6 half steps higher than a C.

Here’s another example. Lets say you have a Bb7 chord. To find it’s tritone substitution you’d simply count up 6 half steps from there. 6 half steps higher than Bb is the note E.

So, E7 is the tritone substitution of Bb7. Chord substitution doesn’t have to be difficult if you just think in small intervals.

The Theory Of A Tritone Substitution

As a jazz piano teacher, it’s my job to make things easy for you.

So, here are 4 easy steps to figure out how to play a tritone substitution.

1. Figure out which 2 chords in a chord progression go V to I.

2. Once you have your dominant V chord you count up 6 half steps. That will be the root of the chord you’ll substitute with.

So, you’ll play a dominant chord that’s 6 half steps as your tritone substitution. In our example above you’d substitute G7 with a Db7 chord.

4. Also, take note of how the tritone substitution resolves down by half step. It used to resolve up by a 4th without the substitution, but now it’s just a half step down. T

his is very important when you’re choosing the right chord scales.

4 Ways To Apply This Amazing Substitution

1. If you would like to see more demonstrations of how to play and using this tritone substitution be sure to also check out this Here’s That Rainy Day Chords Tutorial.

2. If you want an example with some jazz licks played on top then you can also check out this jazz lick lesson where I use it as well.

3. The best way to learn any new musical concept is to add it into the music you play. If you want to instantly execute any chord substitution you learn you can’t be thinking slowly.

To get lightning quick, repetition and action is your key! So for example, you could set a goal of trying to use it all day today every time you see a 2-5-1 chord progression.

If you did that everyday for a week or even a month you’d get great at them.

4. A blues is a fantastic place to try practicing and applying this chord substitution. You can check out some of the ways I use it over this jazz blues chord progression

How The Tritone Substitution Can Be Applied To Scales

Yes, it’s definitely cool to think of the tritone sub as a harmonic move. But, it can also be a scale move if you know how to apply it the right way.

Lets say you’re improvising on a G7 chord that functions as a V chord. You could use an altered scale over the G7 chord.

Now what happens if you decide to do a tritone substitution for the G7 chord? You would play a Db7.

What scale could you use over the Db7 chord?

You could use a lydian dominant scale over the G7 chord.

The Coolest Part About This Scale Substitution

Did you notice a weird discovery about the 2 scales I mentioned above?

If not, let me spell it out for you. The G altered scale and the Db lydian dominant scale are the exact same thing!

They have the same notes but they just start on different scale degrees.

So, when you’re improvising you can flip back and forth between both scales and create the sound of a tritone substitution in your improvisation. It works even if you don’t change the chord.

Pretty cool right? Ok, let me help you get started applying the tritone sub into your music right away.

Check out this reference I created below.

If you’re new to transposition I’ve got a gift for you. I’ll list out all the tritones for you here.

This list of tritones in flat keys should get you started. You can use it as a reference for anytime you want to do a tritone substitution. Although, this is a starting point I’d highly recommend you learn to transpose instantly on the piano.

So much of my success at the piano has come from being able to instantly play things in all 12 keys. If you need some help with that we actually filmed a whole masterclass on it. You can get a recording of the program right here. It’s called Transposition Secrets.

If you’ve ever asked the question, what is tritone substitution, then i hope this article solved that question once and for all!

If you enjoyed this free jazz lesson please leave a comment below. If you’re new here be sure to come back again!