How To Improvise With Symmetrical Scales

Symmetrical Scales:  As an art form has seen countless permutations.

Starting with simple blues melodies in the early 1900s; incorporating chromaticism and arpeggios with the rise of bebop led by Charlie Parker in the 1940s.

Taking a dive into the modal era pioneered by Miles Davis in the 50s and 60s; through even more experimentation with Jazz Fusion (notable artists include John McLaughlin, Chick Corea, Herbie Hancock, Miles Davis etc.) and Free Jazz (Ornette Coleman, Sun Ra); and finally landing in the modern jazz era.

Each period is characterized by a specific sound, and the sound itself combines melody, rhythm, harmony, texture and performance styles.

Today, we’re going to focus our attention on a set of particular scales—the Symmetrical Scales to be more precise. These scales are not exclusive to jazz.

They have been explored in the past in various Indian traditions, and as a frequent subject for sonic experimentation with classical composers—especially during the Impressionist era by composers such as Claude Debussy, Maurice Ravel, and Igor Stravinsky.

Yet when it comes to jazz, these scales have gained the attention they deserve only relatively recently.

We’re going to be taking a closer look into the Whole Tone Scale and into the Symmetrical Diminished Scale: where they are commonly used, their variations, and the piano chords they go with. 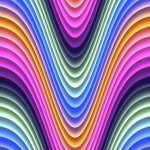 In a whole tone scale adjacent notes are separated by an interval of a whole step from one another.

Taking into account this pattern, a whole tone scale is a hexatonic scale i.e. six-note.

There are only 2 possible whole note scale combinations:

The whole tone scale has a particular “hollow” quality inherent in its sound, which is what the contemporary jazz sound is all about. It creates a sense of unstoppable, tense flow and sounds hip. Here’s an example of how this scale sounds:

Lacking any leading tones this scale doesn’t provide a sense of tonality, or a resting tone, and this makes it a weapon of choice whenever you need to create tension, both in composition and jazz improvisation. 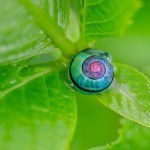 The harmonic material found within a whole tone scale is quite limited.

Taking into account that the scale is entirely made of major seconds it allows only for a few chords to be created:

Of course, all these chordal combinations are the same on any note of the scale.

As you can see there isn’t such a huge variety of chords like a melodic minor scale or natural major would offer and this is the beauty of it.

Combining the harmonic possibilities with the sequential nature of this symmetrical scale you’re right at the epicenter of that hip jazz sound.

Perhaps the most interesting harmonic feature is tonal clusters and the fact that you can transpose them maintaining the same pattern.

Clusters are becoming more and more popular among jazz musicians and are a source of that progressive sound. Listen to an example below: 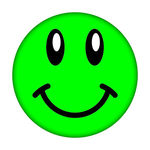 Using sequences is an integral part of contemporary jazz vocabulary.

With symmetrical scale sequences are much easier than in natural major and melodic minor scales and their modes.

Any phrase, sequence, chord you play can be chromatically transposed using the following intervals:

By working on a set of sequential exercises you can really develop a unique and interesting sound.

This works great during improvisation, especially if you’re working with irregular rhythmic patterns or syncopation when phrases overlap several bars. An artist who really mastered this concept is Herbie Hancock.

Jump to [4:45] in this video to hear an example of various sequences that Herbie is using during his solo. 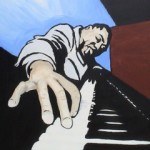 In a symmetrical scale the notes are progressing in 2 possible patterns, either whole step – half step, or half step – whole step alternating succession.

This scale is widely used in world music and has a certain Eastern flavour to it. And if you really know what you’re doing you can also use it inside the blues as well.

Want to learn how to insert diminished harmonies and all kinds of other cool jazz techniques into the blues? Check out this powerful blues training program right here  The Breakthrough Blues Method

It has richer inherent harmonic possibilities than the whole tone scale and also can be used sparingly with pentatonic scales to get that edgy jazz sound.

There are only 3 various possible combinations of this scale:

As is the case with the whole tone scale, a symmetrical diminished scale is a perfect choice for improvisation when you want to create a lot of tension. It also boasts incredible sequential features and a few other hidden tricks. This scale became very popular during the Jazz Fusion and Post-Bop eras.

Let’s look into the harmonic variety found in symmetrical diminished scales. In comparison to the whole tone scale it offers a broader selection of chordal structures available. 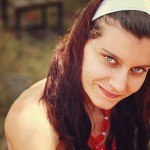 As you can see, now we have more chords to play with. Include all the available inversions and sequential flexibility this is the time for you to display your awesome chops during your next solo.

Considering the properties of a symmetrical diminished scale it is an extremely powerful tool to take advantage of all available substitutions you can play when comping.

This will allow to really unfold the harmony.

A common trick is to use major and minor triads over a pedal point, i.e. when improvising on such harmony you can make drastic shifts in sound. Going from an Eastern-flavoured semitone – tone feel to progressive jazz sound. This is also a very hip tool to use and makes you sound like a pro cat. Here’s an example:

Similarly to the whole tone scale, any phrase, sequence, chord you play can be chromatically transposed using the following intervals: 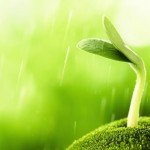 Creating interesting sequences will help you develop improvisational language and really familiarize yourself with your instrument in and out.

At the heart of things is the fully diminished chord, which is also responsible for the actual name of the scale.

Try applying this knowledge during your improvisation and give a shot to all possible variables, that is: melodic phrases, chords and intervals.

Playing sequences usually evokes a response from the rhythm section or whoever is playing accompaniment. Sequences are also easily appreciated by the listener, as long as you’re not overdoing it.

A lot of improvisers tend to use minor pentatonic scales over the symmetrical diminished scale.

You don’t get all the notes needed to complete a minor pentatonic: you lack the perfect fourth (eg. root note C and half-tone whole-tone pattern) and instead you have the augmented 4th or diminished 5th which is a passing tone, also known as the “blue note”.

Advanced jazz improvisation is based around incredible technical versatility and mental preparation and this is true in this example. 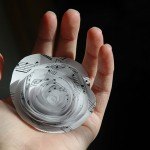 If you think about just how many doors this opens, it can easily get a little overwhelming!

The key here is not to use all available resources at once and rather build on one idea gradually. This will give your solos a structure and the listener will be able to follow your ideas—unless your goal is to create complete chaos.

Pentatonic scales happen to be a very hip technique to use as well.

A lot of you are familiar with the use of pentatonics in rock music and the sound associated with those.

However in jazz pentatonics  will used slightly differently, especially in the context of the symmetrical diminished scale. This is also used in Coltrane jazz patterns as well. 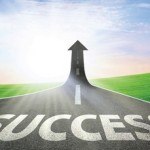 Let’s go over the most important concepts covered in this article.

Perhaps the most powerful feature of symmetrical scales lies behind the use of sequences.

Sequences can really help you direct your sound and create complex textures.

However, if you’re only going to be relying on sequences you are going to end up sounding robotic and predictable. Sequences, in this case, should serve as a blueprint, or roadmap to draw endless ideas from and providing the backbone architecture in your jazz improvisation.

Another important feature is the sound quality. Symmetrical scales provide a very distinct and hip flavour which is so popular right now.

Possibly the best way to familiarize yourself with these two is to create a set of exercises. A great jazz piano teacher can help you with that.

And remember 1 important thing. The best part is that there are only 2 whole tone scales and 3 symmetrical diminished scales—meaning you should be able to wrap your mind around these in absolutely no time.

In modern jazz symmetrical scales are that secret weapon in your arsenal of jazz lingo to show off some nice chops.

This was a special guest post by Alexander Poe. Alexander is a Los Angeles-based musician with a background in jazz performance. He writes about modern music and ear training at EasyEarTraining.com.