Would you like to learn how to use modal theory to make better music?

In the lesson below, you’ll discover tips and tricks to easily understand modal theory.

Understanding how modes work will help you unleash your creative and expressive potential.

Why Understanding Modal Theory Is Actually Easier Thank You Think

The key to understanding modal theory is none other than the major scale.

This is because the modes are just various major scale permutations.

In other words, each mode is a scale starting on a different note other than the root.

Because you have seven notes in your major scale, it also has seven modes.

7 Modes Of The Major Scale

These seven modes correspond to each scale degree.

Let’s all see what this looks like using the C major scale:

As you can see above, all 7 modes contain the same series of notes as our C major scale.

However, starting the scale on a different note other than the root yields interesting tone colors.

What you just saw above was how to form your modes that are relative to each other.

You can easily think of each mode in two ways:

Let’s look at the modes first from a melodic or scale perspective.

How To Figure Out Parallel Modes 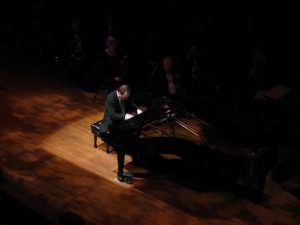 Now that we know how to get all the relative modes from the parent major scale, let’s try to get what we call parallel modes.

Parallel modes mean simply all 7 modes that have the same root. You can derive all of them using this logic:

Ionian is simply your major scale. So, C Ionian has C-D-E-F-G-A-B. ‘Nuff said.

C Dorian is, therefore, the same as the Bb major scale: C-D-Eb-F-G-A-Bb

Applying the same logic to get the other modes, we’ll have all parallel modes in C like this:

Modes are a powerful tool for musical improvisation. If you want to build some super improv chops and truly learn to maximize modes I highly recommend you use The Jazz Improvisation Super System.

Inside the Jazz Improvisation Super System, you’ll discover little known scale tricks to get your fingers easily flying across the keyboard on any song you play.

Now that you have access to parallel modes, let’s see what we can do with it for lines and solos.

How To Achieve More Melodic Colors With Modes 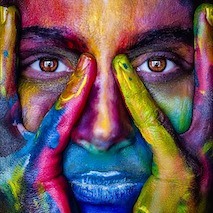 Given that we now have all parallel modes, we can now classify them as scales useful for either major, minor, minor 7th(b5), and dominant 7th chords:

When improvising a solo, simply match the modal scale with the chord. This already gives you plenty of tonal colors to work with.

Now, you can go even further than what you have at this point.

How? By modifying each modal scale a little bit.

Here’s an example: Let’s say you’re using Mixolydian over a G7 chord and you’re getting bored with it. You can raise the 4th a half step to get a new modal scale called Lydian Dominant.

You can try modifying other modal scales in similar ways to get different melodic colors. Now, what about modal theory to make better chords?

Why Modal Theory Is Important In Writing Tunes

Chord progressions that go along a modal order produce a modal sound.

Let’s take the Beatles classic, “Hey Jude”, as an example.

The song initially starts off in the key of F with a chord progression like this:

However, in the last portion of “Hey Jude” where everyone sings “Naa, na, na…”, the chord progression goes like this:

Even if the song’s melody doesn’t imply a Mixolydian scale, the song at this portion definitely sounds like it’s in Mixolydian mode.

F Mixolydian has F-G-A-Bb-C-D-Eb, and so we observe two things in that last portion of “Hey Jude”:

Hear what I mean by checking out this jazzy rearrangement of “Hey Jude”:

This is the reason why we hear that end of “Hey Jude” with that Mixolydian flavor.

Speaking of figuring out how tunes work, our Premium Jazz Lessons has a dedicated harmonic analysis section.

Our harmonic analysis videos will help you go deep into each jazz song arrangement lesson and help you apply it to your own playing.

Now that you have heard the impact of modal theory in a song, let’s look at a few more examples for each mode.

The Ultimate Examples Of Modal Songs

“Ode To Joy”, the hook of Ludwig Van Beethoven’s Symphony No. 9 is an excellent example of a tune in Ionian Mode.

Most of the songs that you hear in a major key actually follow the Ionian Mode.

Here’s a jazz rearrangement of that composition by the Larry McDonough Quartet:

Dorian Mode: “So What” By Miles Davis

“So What” may be the most famous example of what a modal jazz tune sounds and features the Dorian mode in two keys.

Here’s a recording of “So What” for you to check out:

When Gil Evans was working with Miles Davis, they were very interested in flamenco.

Flamenco music has a very characteristic sound brought about by the Phrygian mode.

And this is why Miles Davis and Gil Evans used the Phrygian mode and flamenco influence to write something new.

“Solea” is a great example of the use of the Phrygian mode in Jazz:

The theme from the animated series, “The Simpsons”, is a very popular example of the use of the Lydian mode.

Listen to this jazz arrangement performed by Isfar Sarabski:

Mixolydian Mode: “Sweet Child Of Mine” By Guns ‘N Roses

While there are tons of blues tunes exhibiting the Mixolydian mode, I do that some rock songs have very good examples.

“Sweet Child Of Mine” by Guns ‘N Roses has a chord progression that delivers the Mixolydian sound:

Check out the tune with a New Orleans jazz style reinterpretation by Postmodern Jukebox:

This Led Zeppelin classic follows the natural minor scale a.k.a. Aeolian mode as the basis of its melodies and harmonies.

Here is the Hisae Nakajima Trio performing a jazz trio cover of Stairway To Heaven at the “guitar solo” section:

There aren’t that many examples of the Locrian mode being used in songs.

However, one standout piece of instrumental music that uses the Locrian mode is YYZ by progressive rock group Rush.

This tune is more Locrian sounding from a melodic perspective rather than harmonic. It uses the C Locrian scale in its riffs and harmonies. Check it out here:

So, if you’ve read this far, you realize how powerful modes are. The question now is, how will you figure out how to use modal theory in your own music?

How To Avoid Musical Nonsense 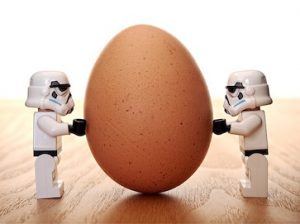 Have you ever felt like you’re just memorizing facts and figures but not really making the music you want to make?

Are you wasting time going through random Youtube videos but still not getting the results you want?

Feeling musically stuck is not a pleasant feeling.

The smartest musicians work with world class mentors to shortcut their learning and get results faster.

Michael Jordan, Steve Jobs, Picasso, Oscar Peterson, and Beyonce worked with top level coaches to help them get to the next level. Even after becoming great, they still worked with mentors. 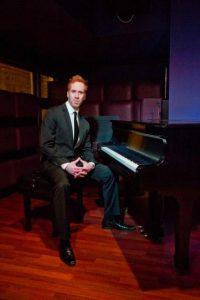 If you’d like to have that same high level musical mentorship, then I highly encourage you to apply for The Jazz Inner Circle

This 1 one a kind piano mentorship is designed to double your playing skills, build breathtaking performance, master the best chords, scales, songs, licks, and revolutionize your improv skills over the next 12 months. !

However, spots are limited to 3 students per month. Apply for 1-on-1 jazz piano training with us right here.

See you on the other side and we hope that you enjoyed this brief lesson regarding modal theory.

Do you have any questions, comments, or suggestions? Feel free to drop note below in the comments section.

All right. Now it’s time to go to the piano, start building your chops, and make some great music.

Mark Galang is one of our contributors at FreeJazzLessons.com. He loves teaching all styles of music especially jazz, blues, rock, classical, and Christian music.