This lesson is the first in a series which presents a method for learning tunes while also developing your ear.

The tune “Autumn Leaves” is used as an example.

I first learned this ear training method in a masterclass taught by the great alto saxophonist, Phil Woods. Phil sat down at the piano and played the first 8 bars of “Autumn Leaves.” At the end, he smiled and said, “There’s the history of Western music in 8 bars.”

He was somewhat joking, but his point was that in eight bars you have harmonic motion from subdominant, to dominant, resolving to tonic both in major and relative minor via modulation using a pivot chord.

If you really understand and can hear what is going on in these 8 bars, you are well on your way to mastering a good deal of the Great American Songbook.

While that masterclass with Phil Woods was many years ago, I recently attended a masterclass by alto saxophonist, Vincent Herring.

As he was discussing what he would cover in the class, he said that one thing that probably everyone in the class was lacking was developing their ears.

He went on to discuss the exercise Phil Woods had taught him (the same one that Phil had presented in his masterclass). 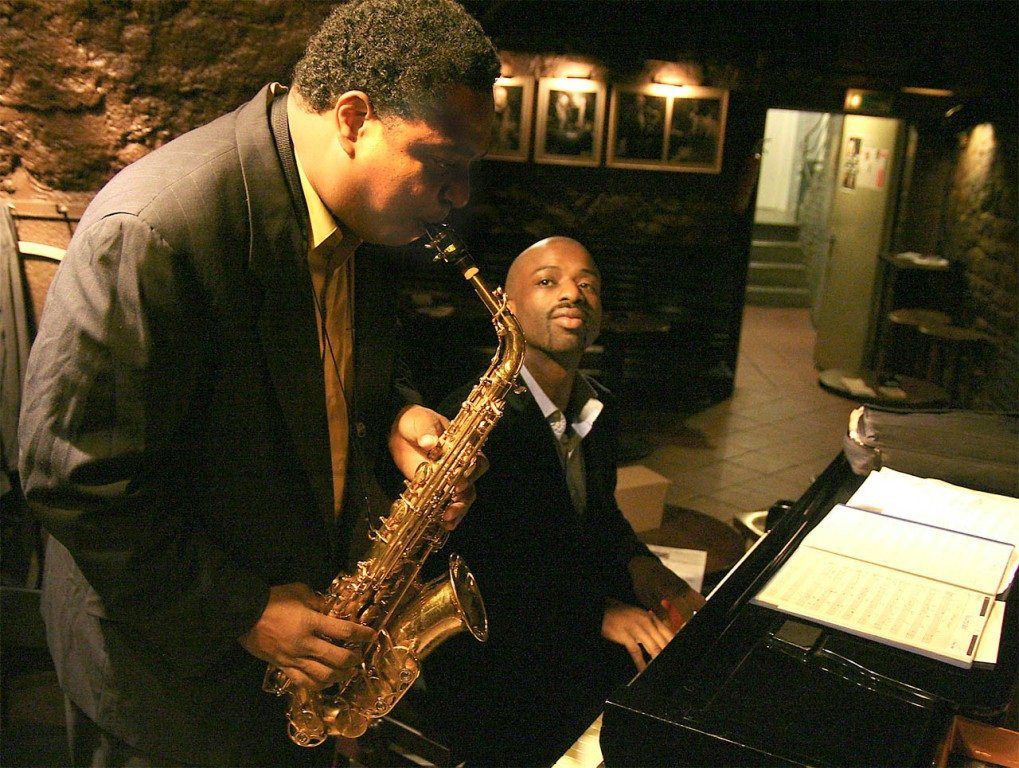 Vincent emphasized how valuable this ear training exercise had became to him.

He said that he’d gotten to the point when he was hearing a song that he didn’t know, that he could hear the core of what the piano player was playing and hear the underlying movement of the chords.

So rather than being an abstract ear training exercise, the exercises shown below are based on a well- known standard and help to hear a very typical harmonic motion.

Once they are mastered, not only will you be able to navigate “Autumn Leaves” in any key, you will have a method for learning new tunes quickly and for recognizing the harmonic motion of tunes that you may not know.

In his masterclass, Phil Woods emphasized being able to ing and play the movement of thirds and sevenths through the chord changes. He had the class sing the following exercise:

When you first look at the exercise, it seems deceptively simple. But, if you’ve never tried it, you may find it challenging to sing the pitches accurately.

Practice slowly and hear the motion of the 7ths to the 3rds. Keep working until that final Bb you sing is perfectly in tune with the piano.

Once you master the exercise using the first note as your reference pitch, try playing a Bb to start (the tonic of the major key) and then try to sing through the exercise.

After that, play a G as your reference pitch (the tonic of the minor key) and sing through the exercise.

Again, the first time you do it, you may have difficulty when you change your reference pitch.

This motion of thirds and sevenths through the chord changes is typically referred to as a guide tone line or more generally as voice-leading.

Hearing the motion of these chord tones helps you quickly internalize the harmonic motion of a given tune.

It is a great way to learn new tunes quickly and as Vincent Herring pointed out, it can be a way to hear the chord changes of a tune that you don’t know (if it gets called at a jam session, for example).

After being able to sing the voice leading lines using a single note as a reference pitch, sing the lines while playing the chords on the piano.

Beginners can use a simple voicing placing the root in the left hand and the 3rd and 7th of the chord in the right hand. More advanced players can use rootless voicings.

Play through the chords slowly and listen how the voice-leading line clearly outlines the underlying harmonic motion.

Once you can sing Exercise 1 comfortably using different starting notes as a reference pitch, the challenge is to sing the exercise through all major and minor keys around the circle of fourths.

To accomplish this task, change the chord in bar 8 to a dominant chord that modulates to the new key. For example:

Again, the exercise looks simple when written out, but singing the modulation to the new key can be challenging at first.

The goal is to give yourself a single reference pitch at the beginning of the exercise and then sing through all the keys without playing any mores notes. At the very end, check the pitch of the last note with the piano.

You’ll know when you have mastered the exercise when the last note you sing is in tune with the note you play on the piano.

Once you have mastered singing both exercises, play through both from memory on your instrument. The temptation is to bypass the initial singing exercise and jump immediately to playing it.

The real value of the exercise comes from internalizing the harmonic motion by slowly learn to sing the voice leading lines.

Spend time mastering these exercises as they form the foundation for the next lessons in this series.

In another lesson we will add chromaticism to the above lines in a systematic fashion.

But as in all things, you have to walk before you can run. Learn these exercises thoroughly and then it will be easy to embellish the exercises in the next lesson.

This is a guest post by Jeff Rzepiela of scooby-sax.com. Jeff is a multi-instrumentalist and arranger working in the Bay Area. His website (www.scooby-sax.com) features a large collection of transcriptions from the masters of the saxophone and flute. Additionally, there are several free lessons on the website based on ideas drawn from these transcriptions. Jeff is available for lessons either in person or via Skype.